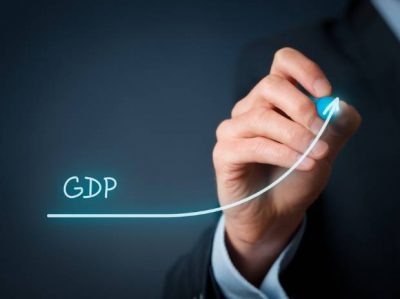 Business line newspaper carried a few news items which suggest that the GDP growth rate in the current year may not be as high as what is being projected.

Business Line reported that according to HSBC, the Indian economy may be growing at a faster rate than most of the other large countries, but GDP growth is expected to slow gently from 7.6% last year to 7.4%bin 2017 and further to 7.2% 2018. Insufficient and delayed rains impacting rural incomes and food prices are the main downside risks to growth. Loss of momentum in banking sector reforms and political and the economic contagion from Brexit are key downside risks,” it said.

It has also reported that US State Department said that India’s 7.5 per cent growth rate may be overstated.  Even though US Appreciated the series of economic reforms especially streamlining bureaucratic decision making and raising FDI limits in certain sectors, US State Department said the Modi government has been slow to propose other economic reforms that would match its rhetoric and many of the reforms it did propose have struggled to pass through Parliament.

In news Business line quoted Morgan Stanley’s Chief Global Strategist Ruchir Sharma. He termed India’s GDP number as “overstated”, and has called for more private investment for the economy to get back on track. Sharma seemed fine with the overall investment in India, but “it has largely been supported by the government”. The news added “Services, which account for over 60 per cent of GVA (Gross Value Added), are not covered in the WPI; yet the WPI is used as deflator for several service activities such as trade, hotels and restaurant, real estate and transportation.”

Our View: Research agencies term India as the fastest growing economy in the world and with the same breath they also add that the economy growth will not be as per projections. India cannot grow in isolation in this world as a global slump will definitely affects it trade. The only hope is that the domestic demand will pick up and keep the growth ticking.

Sanjeev Kumar G, an IBS Chennai Alumni, is a Certified Financial Planner (CFP) from India, since 2005. He has 22 years of experience and is an expert in various personal finance areas like portfolio construction, investment research, life insurance and financial planning.

5 Important Rules While Interacting with Your Financial Advisor

Read on to learn and understand some critical pointers to watch out for when you interact with your financial advisor before you start on your personal financial planning journey. The key is to be open, logical, and clear-minded in terms of your life and financial goals.

RBI hikes repo rate by 0.25%; This may Impact your Loan Interest rates, check out the new changes in the Interest Rates brought by RBI.

How to improve your credit score in India

Your credit score is one of the most important numbers of your life. A credit score sums up your credit risk, or it represents how reliable a borrower you are.

Why is personal financial planning so important?

5 Important Rules While Interacting with Your Financial Advisor

Corepathi for Now or Forever: Personal Financial Planning Tips to Manage a Windfall

Get Snapshot Of Your Life Goals